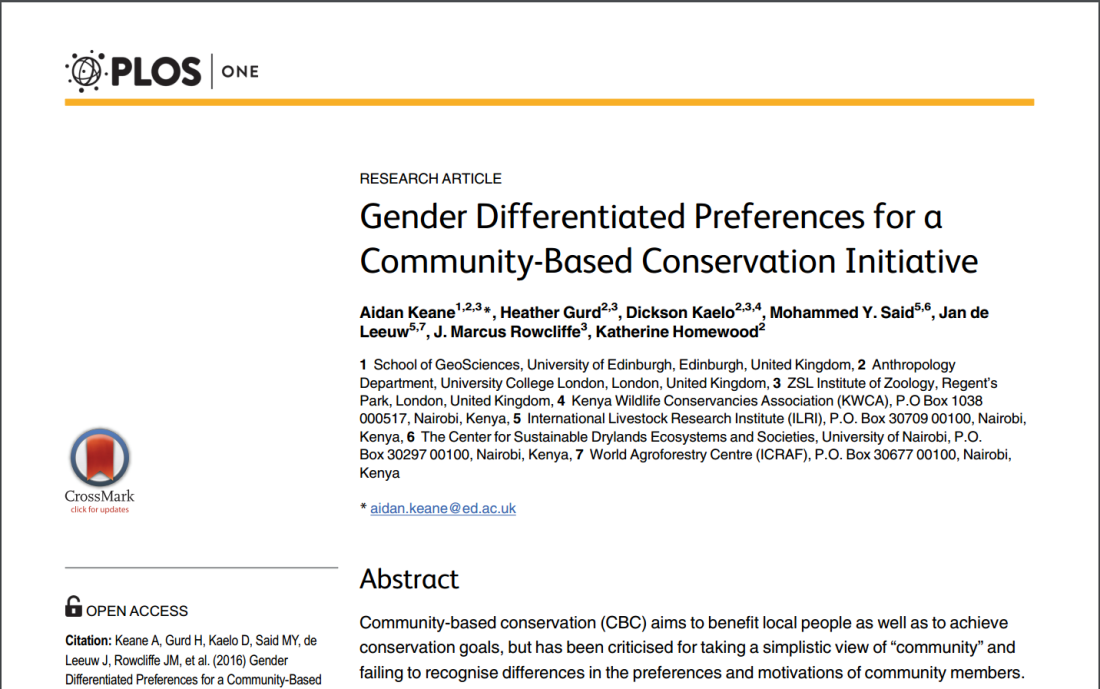 Community-based conservation (CBC) aims to benefit local people as well as to achieve conservation goals, but has been criticised for taking a simplistic view of “community” and failing to recognise differences in the preferences and motivations of community members. We explore this heterogeneity in the context of Kenya’s conservancies, focussing on the livelihood preferences of men and women living adjacent to the Maasai Mara National Reserve. Using a discrete choice experiment we quantify the preferences of local community members for key components of their livelihoods and conservancy design, differentiating between men and women and existing conservancy members and non-members. While Maasai preference for pastoralism remains strong, non-livestock-based livelihood activities are also highly valued and there was substantial differentiation in preferences between individuals. Involvement with conservancies was generally perceived to be positive, but only if households were able to retain some land for other purposes. Women placed greater value on conservancy membership, but substantially less value on wage income, while existing conservancy members valued both conservancy membership and livestock more highly than did non-members. Our findings suggest that conservancies can make a positive contribution to livelihoods, but care must be taken to ensure that they do not unintentionally disadvantage any groups. We argue that conservation should pay greater attention to individual-level differences in preferences when designing interventions in order to achieve fairer and more sustainable outcomes for members of local communities.